Thomas Krasonis climbed up 8 positions at the first race of the 2022 EuroNASCAR season in Valencia.

After a difficult qualifying session, during which Thomas didn’t manage to qualify in a better position other than P24, Race 1 in the Ricardo Tormo track was a comeback one.

Despite the three Safety Car periods and lots of tough battles, Thomas didn’t put a foot wrong and managed to climb up to P16, gaining 8 positions on track.

The #1 car of Academy MotorSport proved feisty around the 4 km track in Spain, and we’ll have to wait and see in which position will Thomas start Sunday’s Race 2, since the starting grid for this race is formed by each driver’s fastest lap.

You can watch Sunday’s race here: 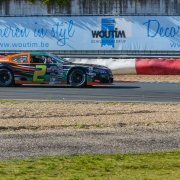 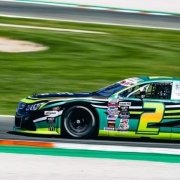