Thomas Krasonis signs off this year’s EuroNASCAR championship with a solid P10 position at Vallelunga.

Having started from P16 for the second race of the weekend at Autodromo Vallelunga, Thomas had set a clear goal of passing as many cars as possible, to get a good points’ haul and improve his championship position.

And he did just that, right from the start.

He had a much cleaner and tactical race than Saturday, and managed to climb up 4 places by lap 10, sitting in P12.

Around that time, Tobias Dauenhauer did a mistake and went off track, and when he got back on it, he lost a lot of time, allowing Thomas to catch and pass him in a matter of seconds.

Lanza was attacking Thomas for the next couple of laps, pressuring the Greek driver into making a mistake. However, in a twist of irony, Lanza was the one who made an error, meaning Thomas was able to finish P11.

After the race, a penalty from one of the drivers who passed the checkered flag in front of him promoted him onto P10, for a solid top 10 result.

That was the end of a long season in the EuroNASCAR championship, which started on May 15 and finished 5 months later.

Thomas finishes in P13 in the final standings.

Last but not least, congratulations to Martin Dubek for the EuroNASCAR 2 title. Well deserved! 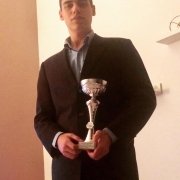 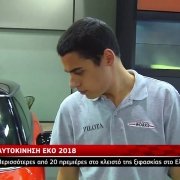 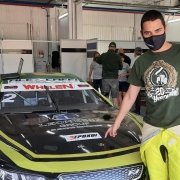 Thomas Krasonis promoted to Elite 1 Pro for the 2022 EuroNASCAR season with...
Scroll to top